Using Builder to create your experiment¶

Go to the Builder view and open the Stroop demo. Take a look around.

As a first step to combining your code with a Builder is to compile a builder script to coder.

Compare this with scripts you’ve written:

e.g. our shape that tracked the mouse by setting the shape position to be mouse.getPos()

Handy side tip. If you want to see what properties and methods an object has, you can use a print() statement, e.g.:

If you want to learn more about a method in an object you can print the docstring for that method:

Let’s create a task where text is gradually revealed (e.g. we want to control reading speed).

The text object could be any long piece of text. You might need to make sure the wrap length is set to be the full width of the screen to fit on one line. 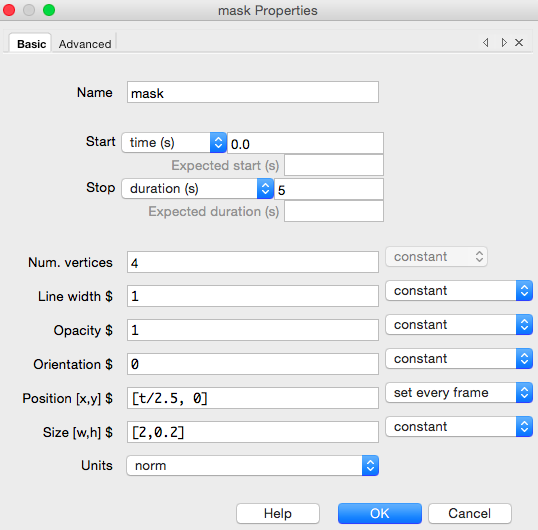 Your mask is a square that moves (note the size and the pos settings). 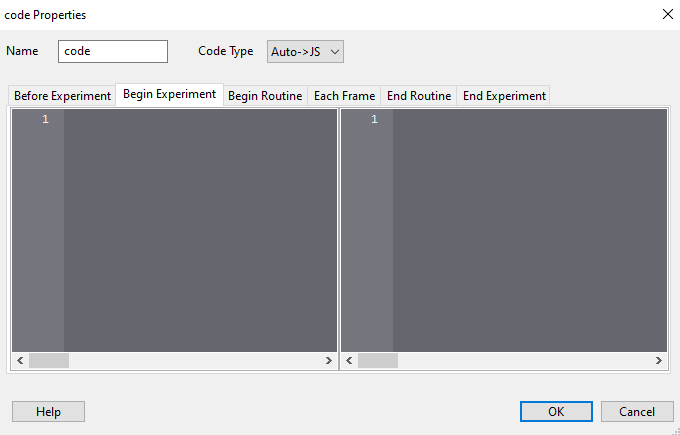 What can we do with code in our experiments?¶

We can make more flexible and dynamic experiments using code, including: